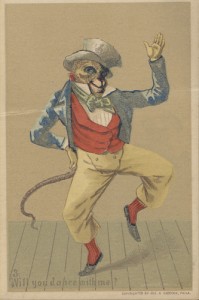 Whether you deal with annoyed or angry people on a regular basis, professionally, or just have the bad luck to run into one every now and again, there are some simple ways to make it easy on yourself. You might think they’re being unreasonable, and you might be right about that. But chances are good that they don’t think so, and they’re determined to make sure they get their point across.

The violence community has generally, and wisely, accepted Rory Miller’s model of the “Monkey Dance” for social aggression and violence. When frustration internally opens up into communication with other people, all too often that leads to a confrontation, at least verbally. It’s not logical at all. Rather, it is a predictable pattern of dominance display, that could become physical violence if both/all people involved continue.

It’s not really so important in that moment to decide on the importance of what’s making them upset. In fact, judging them like that is likely to be interpreted as condescending attitude from you, which could easily spark violence, too. So, let’s focus on calming their inner Monkey brain.

Easy to Get Wrong

You’ve seen this done incredibly wrong way too often. It’s the same whether you’re raising kids or guarding a door. As soon as the kid/patron starts getting upset (for essentially the same reason: they didn’t like being told, “no”), the parent/bouncer: looks away, keeps talking without listening, doesn’t care what is being said, rolls their eyes and sighs with that, “this again?” look on their face.

Does that ever get the kid/patron to calm down? Heck no!

You can establish boundaries, and don’t have to give them what they want … without being rude, and adding to their frustration: Look at them, and try to hear them. Let them know that you have taken the time to try to understand their perspective, without any hierarchy or judgement. You will have treated them as a human, with their own story to tell, and that is an important step, at least to them.

“Take a moment and be sure you “self-regulate” so that you don’t get caught up in the frenzy, too.”

They will have gotten emotional satisfaction, and may be more readily brought back to their logical mind, which helps reduce the explosiveness and potential for physical violence. You’re probably still saying “No” to their request, but now even they have a chance to see the reasons. If it still doesn’t help, at least now witnesses nearby will have seen and heard you being as helpful as you reasonably could be. If things go worse from this point, you’ve tried to be as good a person as possible, with no ego tied up in the game. You are now also less likely to feel emotionally unbalanced about any actions that become necessary to keep things safe and quiet.

We can’t reasonably expect the person initiating a dominance display will suddenly regulate their own behavior, and apologize and quietly walk away. We can and should however, be able to do that for ourselves, at least if we catch it early enough. Take a moment and be sure you “self-regulate” so that you don’t get caught up in the frenzy, too.

Once you notice a situation starts to move sideways without your permission, go ahead and start those processes, like meditative breathing and mindfulness exercises. This is an important part of traditional budo, with very immediately useful application to your daily life. Do whatever you’ve trained to do that will keep you in your logical mind, and keep yourself from slipping into your part in the predictable escalation monkey dance.

As a Free gift, please download this brief PDF outline of the benefits of traditional training for your modern life.